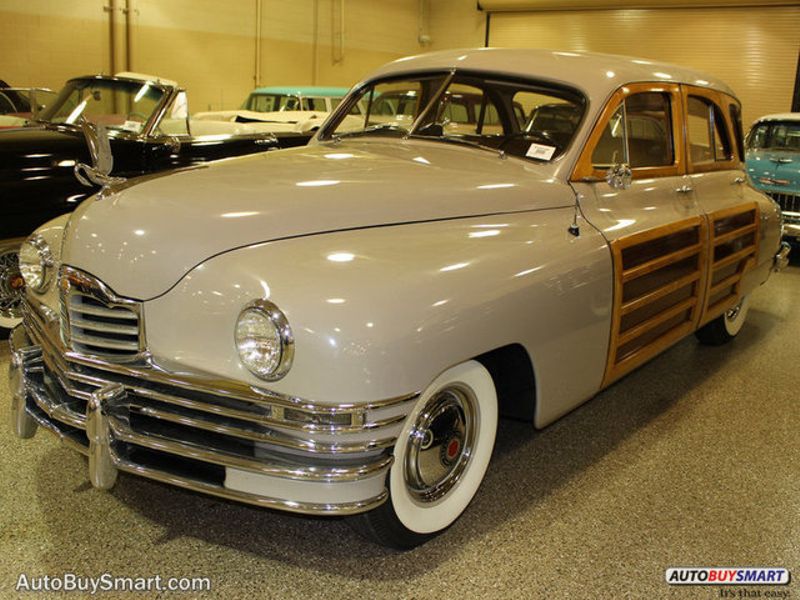 Already very rare today, this 1948 Packard Station Sedan is an incredibly original example with only an approximate 19,000 miles from new. According to it's known history, the original owner of this station sedan placed it into a museum around 1949, where it remained until the mid-1990s when the museum closed. At the time it had only been driven some 4,000 miles. Next it was purchased by a man from Massachusetts and driven another 14,000 miles. The previous owner to Auto Buy Smart Classic Cars had learned of the car and followed it, eventually traveling to see it while at the AACA Hershey, Pennsylvania Fall Meet. Following acquisition in 2002, the rare Packard enjoyed consistent success wherever it was shown. Never restored, it has served several times as a benchmark of originality for restorers of similar vehicles, even retaining the large white numbers applied at the factory to the cars frame during production. Retaining the original Egyptian Sand paint and chrome, it even retains the now-unobtainable original seat covers. According to Packard enthusiasts, this car also exhibits particularly good assembly quality. The distinctive woodwork is all original to the car and it has been wonderfully maintained by expert with only light sanding and re-varnishing required. A very rare, high-quality car to begin with, this 1948 Packard Station Sedan is even more so today, with it's irreplaceable originality and wonderful presentation. In short, it is an exemplary postwar vehicle for astute collectors to appreciate, enjoy and preserve.